Hand things in ON TIME and other school goals 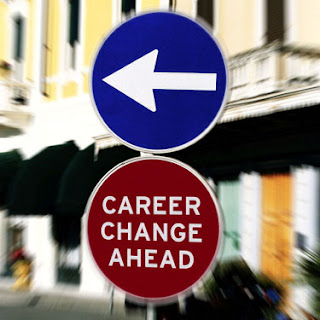 I can’t believe summer is almost over. Despite the rain, I had a great couple of months. Camping with my family, two Jet Engine Funny Car races with Grandpa, carnival rides at the Fringe Festival with Mom, hanging out at my grandparents’ canola farm – and of course, plenty of running.
But next week I’ll be starting Grade 8, which means the end of vacation.
Grade 8.
Mom says she can hardly believe it.
In two more years, I’ll start high school. Dad thinks I should already have an idea of what I want to be “when I grow up.” Maybe he’s right. It’s just…I keep changing my mind.
Although I didn’t win the Martyn Godfrey Young Writers’ Contest, I loved writing that short story. Grandma thinks this means I should be a journalist.
I LOVE to run. Especially alongside Grandpa’s canola fields. And Coach Taylor says my legs can “really move” – but am I fast enough to make a living as a track and field professional?
Of course, Grandpa would love for me to be a canola farmer.
Not to mention all of the other cool jobs out there…
There’s a whole lot of options to consider. I’m not going to let it pressure me, though. This school year, I’m going to focus on my homework and making the track team. I’ve been practicing, but who knows whether "Lightning" or the red-haired kid have been as well?  Or maybe there will be someone new at the school...
Mom says I've set some good goals, but she suggested one other: Hand things in ON TIME.
Oy.
I always do the work. I just sometimes forget to…hand it in.
How about you? Any school goals for this year?
Gotta jet – the sun is shining and there isn’t much of summer left. Have a great day.
- Chase Superman Duffy
Posted by Chase "Superman" Duffy at 07:53 No comments:

Riding high at the Fringe


We’ve lived “near” Edmonton my whole life, but until this week, I’d never been to the Fringe.
Fringe is a 10-day festival full of plays, street performances and great food – Mom says they have the best Poutine outside of Quebec. Most of the shows are written and performed by local artists, which is pretty inspiring. Last year I wrote a short story for the Martyn Godfrey Young Writers’ Award. Maybe this year I’ll try writing a play!
Wouldn’t it be cool if it was featured at a Fringe Festival one day?
I loved every minute of my first Fringe experience, especially when my friend Sophie and I got to go on some rides. But not just ANY ones – special rides.
Mom told me this carnival was created by an Edmonton man named Joey Hundert. He calls is Sustainival.
Why?
Well, it turns out Joey’s rides run on biodiesel made from – yep, you guessed it, CANOLA. Just like the Jet Engine Funny Cars Grandpa and I saw last week!
I didn’t feel anything different, even on the Ferris Wheel. But Mom and I could smell it – a little like popcorn. So guess what we ate on the way home? Delicious.
If you’re going to Fringe, don’t forget to check out Sustainival.
Gotta jet – there’s only a few days left of summer and the sun is shining. Time for a long run!
- Chase Superman Duffy
Posted by Chase "Superman" Duffy at 09:01 No comments: 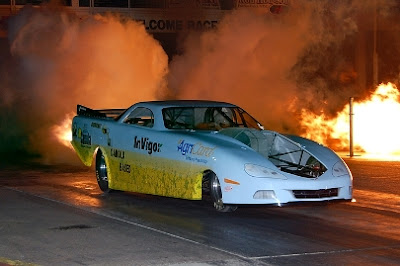 Grandpa and I went to Hot August Nights last Wednesday night. SO cool!

The whole night was a smorgasbord of loud engines, awesome cars, and cotton candy (can’t forget the cotton candy!), but the best part was watching Kevin race his Jet Engine Funny Car along the quarter mile track.
Kevin is the driver of the first ever Jet Engine Funny Car to run on 100% canola biodiesel. I met him in Medicine Hat a few months ago at my first ever drag races. That was fun, but Hot August Nights in Edmonton was so much better. Kevin raced twice.
You wouldn’t believe how amazing it was! Grandpa let me use his phone to take a video of it but I couldn't upload it so here's a link from YouTube.

Next week, Mom is taking me to the Fringe Festival in Edmonton where I get to go on some carnival rides powered by canola biodiesel. How exciting is that?
Gotta jet!

Dragons in the clouds 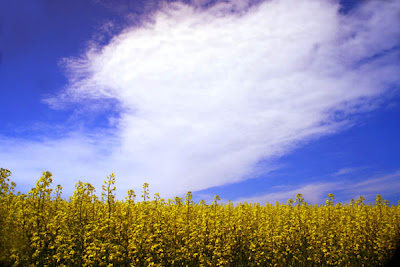 My friend Sophie got a trampoline this summer. I think she wants to be a cheerleader, so she’s practicing her tumbling. Good thing!
Maybe I should, too.
Last week, I attempted a flip. It didn’t work out so well. I didn’t get hurt or anything, but I landed flat on my back in the middle of the mat, a little bit winded. Like when one of those super fast race cars zips past you and steals your breath.
Anyway, it was a beautiful day and I was lying there looking up at the big Alberta blue sky. It’s practically famous, you know? I love the mountains, but there’s something special about living on the prairies. Blue sky and yellow canola fields as far as the eye can see.
Sophie was the first to notice the dragon, though. At first I didn’t believe her. I kept looking for a giant tail to wrap itself around a cloud. Until I realized she was talking ABOUT the clouds and the amazing shapes she could see in them. I saw the dragon! And for about an hour we looked for as many different cloud-formations as we could. White seahorses, and castles, wizard faces and even a dog!
It was fun until those clouds turned dark and rain threatened– yet again. Yep, it’s been one of those kinds of summers.
How about you? What’s the coolest cloud shape you’ve ever seen?
Gotta jet!
- Chase Superman Duffy
Posted by Chase "Superman" Duffy at 11:09 No comments: 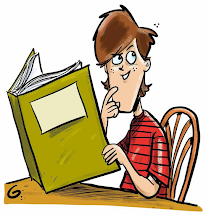 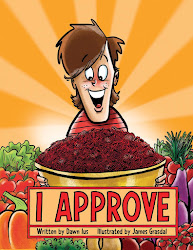 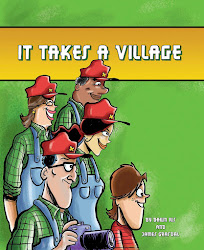